Robert St.Genis has spent the last 10 years of his career as a consultant focusing on organization building, public & government relations endeavors, fundraising efforts for political campaigns and non-profit organizations. His most recent efforts were for the Short Term Rental Alliance of California (STRACA); an organization that  had $70 in the bank when he started.  Mr. St.Genis grew STRACA into one of the largest short term rental alliances in the country.

Prior to this, Mr. St.Genis was a Westside Realtor at Coldwell Banker Sunset Strip, serving as "your LA-Desert connection” selling properties from the Westside to Downtown, as well as in greater Palm Springs. Robert’s extensive background includes various marketing and sales endeavors, a number of which were in media. His perseverance and strong organizational skills have served him well in all these endeavors.

He currently serves as a delegate in the State Central Committee of the CA Democratic Party. He has also served on the boards of Marriage Equality USA, Victory Fund, and the Desert Business Association. He was formerly appointed as a Human Relations Commissioner in the City of Riverside.

Born in Chicago, Mr. St.Genis was born an urban dweller living in an apartment on Lake Shore Drive next to, ironically, what is now “Boystown”. His family moved when he was 4 and he spent part of his childhood in West Bloomfield, Michigan.  As a teenager, he and his family "resettled" back East to Morris Township, New Jersey. He went to Concordia University in Montreal, Quebec where he earned a BA in Creative Writing with a minor in Political Science. Southern CA has been his home for over 2 decades and he has lived in Downtown Los Angeles for the last 11 years with his husband and 2 cats. The cats are often depressed as Mr. St.Genis and his husband travel at every opportunity when not constantly working. 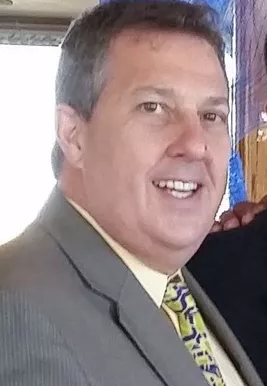 Harold “Mac” McCarthy has an extensive background in utilities. He spent 25 years at Southern California Edison and leaving in the position of Senior Project Manager.  During that time he enjoyed working in Regulatory, Finance, Billing, Metering, Benchmarking, Rates and a variety of other areas. He then turned his energies to the Gas Company (SoCal Gas), where he led a Zero Net Energy initiative effort. Currently Mac is with the Los Angeles Department of Water and Power (LA DWP) in Procurement.

Mac grew up in a military family, which gave him the opportunity to experience his formative years in six states, attending seven schools before graduating high school in Massachusetts. He went on to serve 9 years in the Air Force Reserves where he was deployed during the first Desert Storm. During that time, he earned an Associate Degree in Surgical Services Technology. Mac’s education continued as he went on to earn a Bachelor of Arts Degree in Business. Most recently he received a Certification of Project Management from the University of California, Irvine and the Project Management Professional (PMP) Credential from the International Project Management Institute (PMI).

Mac is active in his local Water and Power Toastmaster club; meeting every Wednesday at noon at the JFB Downtown Los Angeles (and plugs the meetings every chance he gets) and has held various roles including club president. His civic activities extend to his local neighborhood councils; including both the Downtown Neighborhood Council (DLANC) and the Westlake North Neighborhood Council (WNNC). Mac has served as a board member (Secretary) of WNNC. and his efforts played a pivotal role in helping WNNC recover from “Exhausted Effort” to becoming a robust and self-sustaining team. He also serves on the Government Liaison Committee for DLANC. 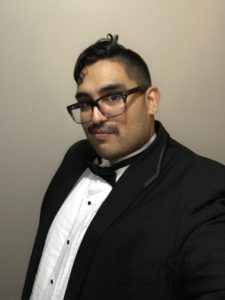 Frank Breakwell is HRM's communications consultant. For two years, his role was primarily acting as communications manager for STRACA. During that tenure, he built their website using the Nationbuilder Platform as well as managing all of their social media communications,which included daily news posts, calls to actions and fundraising drives multiple times each week and a weekly newsletter. All these efforts were broadcast across no less than 6 platforms. Frank is also the creator of our current HRM website. Frank has shown his multitasking skills by working with HRM on numerous political and other fundraising endeavors in multiple capacities.

Frank holds a Bachelors of Arts in English from the University of Nevada, Las Vegas. Frank is a native of Los Angeles and now resides with his husband in Vancouver, British Columbia.

Let our team help you attain your goals

HRM Consulting is a multi-talented team that will help you get to your end goal. Contact us today and let us guide you towards success!